Favourite computer games of all time. [2]

{{ Few more pics using the games inbuilt filter to try to capture that ole timey Western feeling to the max. }} 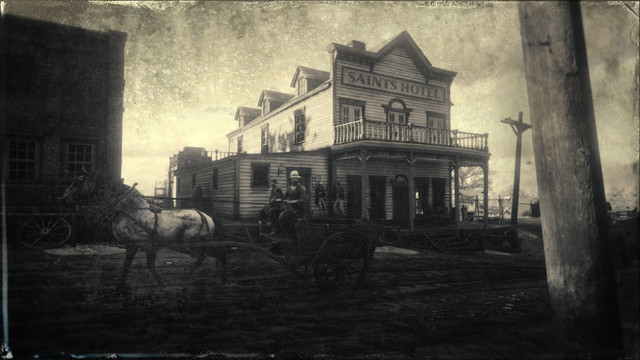 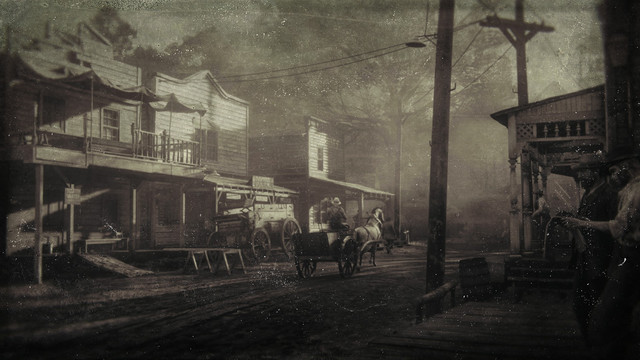 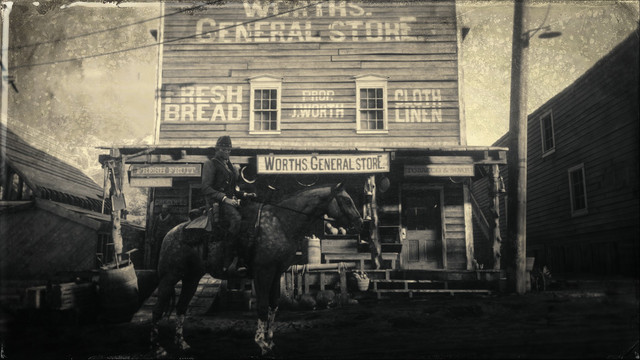 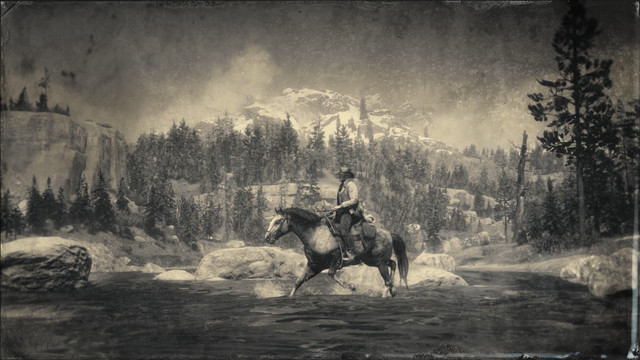 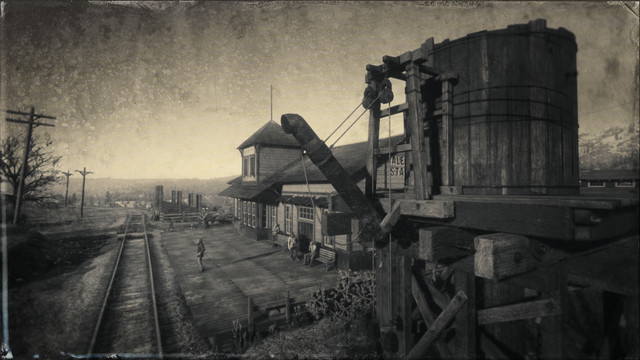 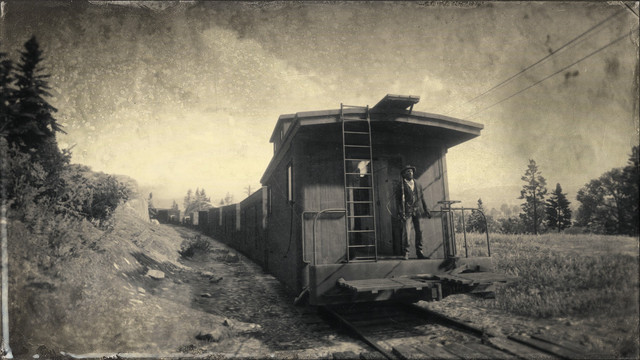 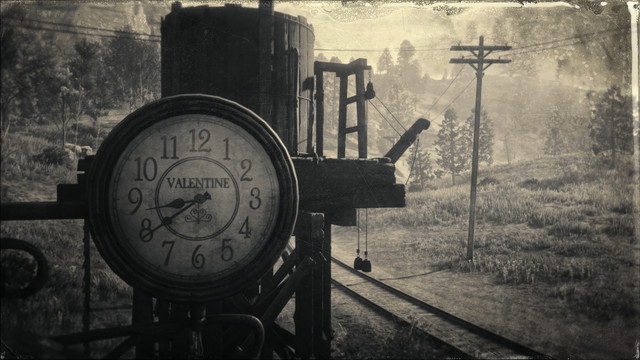 {{ For anyone interested in giving Elite Dangerous a go it will be absolutely free on the epic game store for 7 days and includes the Horizons expansion pack. Youve literally nothing to lose! }}

{{ So Ive been playing Kingdom Come Deliverence, its an open world rpg, but unlike most such games with a fantasy setting like Skyrim, this one is set in historical reality. Its set in Bohemia in 1403 and based on maps, architectal styles of the time, surviving buildings from the time and a lot of research. The upshot is that it makes it a sort of medieval life simulator, and for me thats its strongest point. The attention to detail, the realistic landscapes and buildings really draw you in.
To give an idea I nabbed these screenshots while playing.

As someone who has spent a fair amount of time in the ruins of castles and old churches, there being quite a few round here, its often hard when all you have left are the bare stone bones of these places open to the elements, to imagine them with plastered painted walls and full of light and life, and thats where this game really excels. I love just wandering about inside these places getting a feel for why folk would not only have lived in them, but found them warm and comfortable places to live. }} 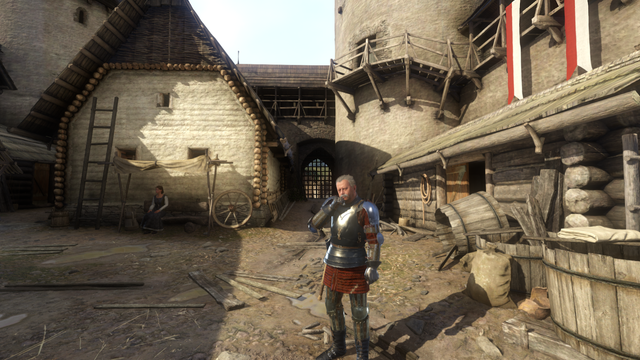 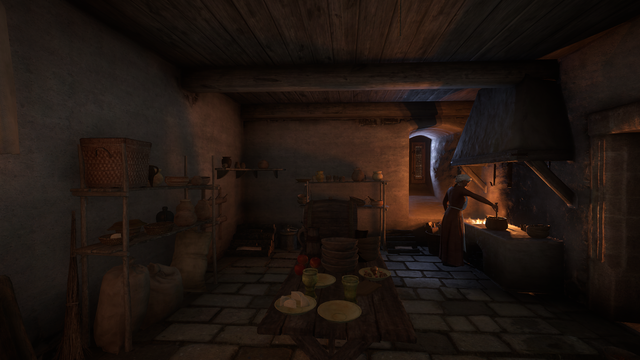 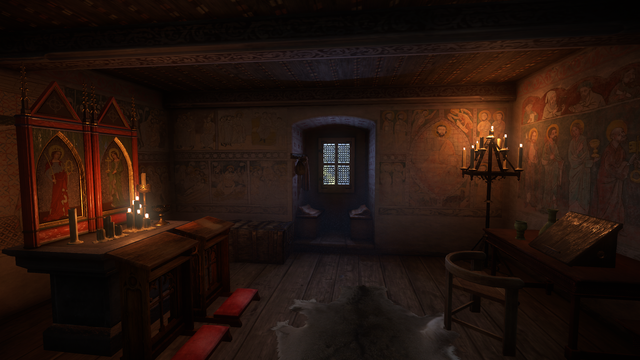 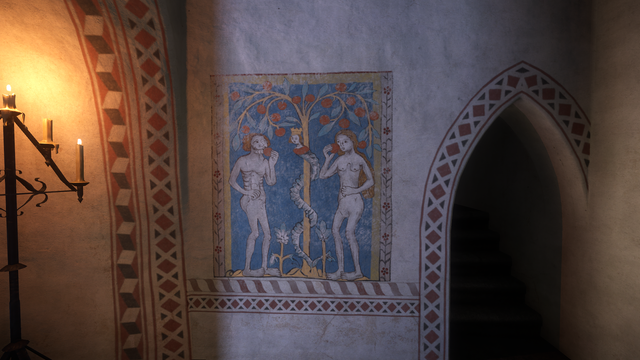 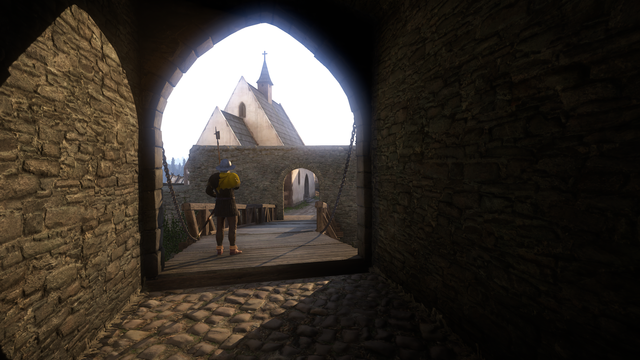 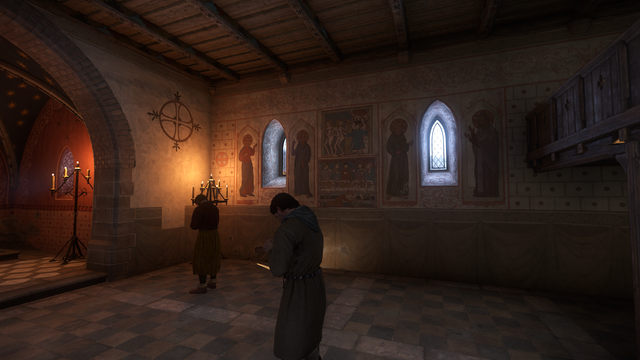 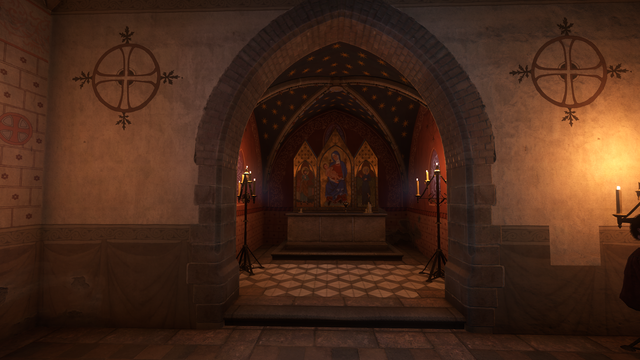 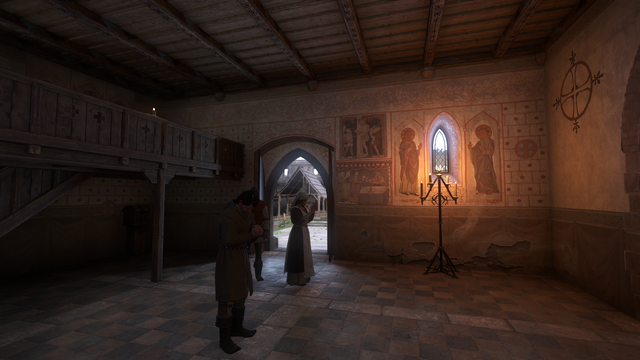 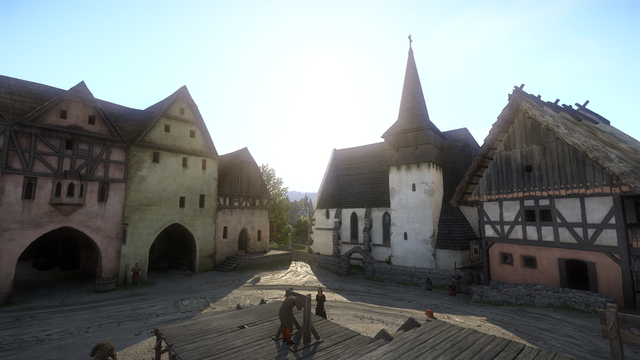 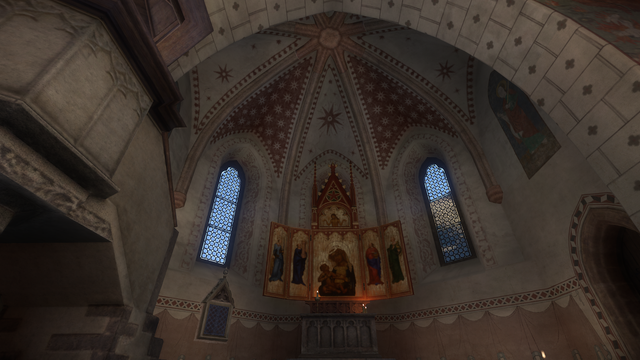 {{ Despite Skyrim now being a decade old Im still playing it. And that is solely down to the skills of the modding community.
These days I play the VR edition of the game. But when that version first came out it was a very typical Bethseida sort of conversion- in that they did the absolute minimum amount of work to get it to be in VR and charge you for it.
It was in essence the flat screen game but in VR, which is good, but it also lacked a ton of stuff that would be expected in a VR game, for example if you wanted to pick an object up you would press and hold the A button to select it and it would just float in the centre of the screen in front of you and move about in front of you as you moved, and you didnt even have visible hands in the game, instead images of your controllers were used which broke the immersion completely. You had no physical body in the game either.
As in flat screen if you needed to change a weapon or a spell you had to go into the inventory, which pauses the gameplay, select what you want come back out the inventory and if you needed to change again go back into the inventory screen and do it all again.

Take this scenario- youre in a dungeon, there is table nearby with a couple of daggers on it and a few gems, a zombie coming at you, so you go into the menu pausing the game, select your bow, come back out fire some arrows off at it, but run out of arrows, so you go to get the daggers- which involves highlighting them, pressing A on the controller to take them one by one which places them in your inventory, then go into the inventory to select them pausing the gameplay as you do, once armed they can be used only to stab at short range. So you decide to have a dagger in one hand and cast a fire spell with the other, so back into the menu, pausing the game again to select the spell you want and then back into game to use it. Finally killing the zombie you decide you want its weapon, lying on the ground, so again highlight it, press A to take it and it goes into the inventory, bring up inventory again pausing gameplay and select it to equip it. You then have to highlight and press A to take each of the gems from the table, which places them in your inventory.

Heres what I do now in that same scenario with modders help. I grab the daggers off the table by reaching out with my hands and taking them, quickly placing them into the sheaths on my characters chest (visible to me if I look down at my own body) for later use. I reach over my back to grab my bow, fire off the arrrows until I run out, reach back over my shoulder to stash the bow and grab the daggers with my hands from their chest sheaths, and THROW them at my opponent. With hands now empty I make the relevant hand gestures in the air to cast the fire spell at the zombie. Having killed the zombie I bend down and grab the weapon he was carrying off the floor, placing it into a leg sheath ready for use. I pick the gems up from the table and drop them straight over my shoulder into my backpack. No need to enter the inventory, no pressing A to select or take stuff, no gameplay breaks to navigate menus.

The difference in immersion and interactivity is huge. Not once does the gameplay grind to a halt, no longer are objects floating in the air when picked up.

So if you are going to play Skyrim I can honestly say, after 10 years of playing it, original release, and special edition modded Skyrim VR is incomparable to any other way to play the game, and I take my hat off to the skillful modders who have turned Bethseidas half-arsed VR conversion into a full on VR game.
When Skyrim VR came out Id have described it as normal Skyrim mechanics but in VR as opposed to being a game that takes advantage of what VR offers. Now with mods, Id describe it as one of the best full VR experiences you can buy.
If you ever are going to play Skyrim Vr then Id say for the full VR experience the following are essential mods-

VRIK- gives you the body mod, and sheaths on it to place weapons.
HIGGS- Hand Interaction, does what it says on the tin.
Weapon Throw VR- lets you throw a variety of weapons at enemies.
VR Arsenal- gives you a wide variety of weapons to throw at enemies.
Dragonborn Unlimited- lets you use magic and shouts by using your actual voice!
Realistic Mining- makes it so you have to mine by actually using and swinging your pick axe.
Be Seated- brings up a brief pause screen so that when your character sits down you can grab a chair and have a seat too, returning in to game it will be set so you are the right height and you actually feel like your sitting on a chair- great when in pubs and inns and chilling to the bards or chatting to characters and barmaids will even come over to yourr table to take orders, when you get back up you simply stand up, move your chair out your play area, the height is reset to be correct for standing and continue on your way.

Hahaha, the Dragonborn Unlimited mod. As though there wasn't enough random yelling coming from the VR gamer's room.

Anyway, good example of the mod community creating something greater than the game company is willing or able to do.
_________________
When I was younger
I would not have believed them
though a hundred had said it
and a thousand tongues had told
that I would sink to these ways
that I would fall on these days--
the days I have fallen on
the ways I have sunk into.

{{ Admittedly panicking in the middle of a fight and yelling "Fuz Do Roh" at 3am is probably not endearing me to the neighbours.