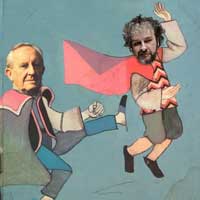 quote tags are for wusses

So movie-Frodo must love them

No I'm not. Book Arwen does have plenty of doubts and fears, just not about her love for Aragornm or his for hers, its the foundation all else between them is built on.

"You seem to think a female shouldnt believe her father"

No I think a female elf of considerable age should not be so easily emotionally manipulated by her father and her lover into doing something she did not originally want to do -leave.

"He doesnt lie to her"

Its clearly a lie of omission and presented as such in the film- he tells her a version of his vision but omits the child- she gets a vision of the child and returns to confront him over his omission of it. Its a lie.

"you are making this all up maybe you need to watch the film again."

I have probably seen it many more times than you have over the course of all my edits.
I described what actually happens in the film- Elrond shows her a vision where she gets Aragorn but nothing else- she rejects that, agrees with him and leaves- she gets a vision with a child in it, changes her mind and goes back again.

What exactly am I making up? Maybe you could give examples of the parts I am making up?

"Tolkien didnt have any use for her thats why she is merely a shadow."

I have no idea why you continue to act as if the entire Tale of Aragorn and Arwen doesn't exist.

"its more based on your personal hatred than legitimate criticizm"

Ah playing the man instead of the ball? It seems whenever you cannot counter my evidence with anything for the actual film or counter my view with an opposing view you just name call, and accuse me of hating PJ in the hope that explains everything. It doesnt and its a cheap shot.

I have laid out a pretty full case using examples from the film itself.

You have only insisted everything I say is wrong, you have not actually presented any evidence to show how or why I am wrong.
_________________
Pure Publications, The Tower of Lore and the Former Admin's Office are Reasonably Proud to Present-

Yeah, the tale of Arargorn and Arwen is inspired by the tale of Beren and Luthien, which is inspired by J.R.R. Tolkien's love for his wife Edith. Thus it's hard to imagine he would think of Arwen as a shadow. There is indeed a substantial bit written about her in the appendices.

Pettytyrant101 wrote:Legolas to Gimli, at Helms Deep TT- 'I am glad to have you standing by, with your stout legs and hard axe.'

Double meaning in there? Would you use such words to describe a mate?

hahaha oh my dear Petty, you have out done yourself now...

No I suppose I would not say such things, they do sound a bit gay as you have been "so kind" to point out, and thank you for planting this little seed I can't un-think.

Of course in Tolkiens mind ANY of his characters could in fact be Gay or into any other thing that we could imagine, but it seems likely that if he was trying to insert that idea into his stories he would have been a little less subtle. I have never even had the slightest imaginings of this suggestion and I hope that no one can come up with compelling evidence to support this some how disturbing mind experiment of yours. 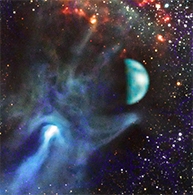 Similar topics
» Is LOTR a 12 DVD box set?
» Tell Me Why You Liked The LOTR Movies
» lotr quizes
» PJ on differences between TH and LOTR
» LOTR film 4??