Going back awhile, I was talking to my son about WoW. I was quite surprised to hear about all the do's and don'ts. Talk about Rules (mostly unwritten, actually - very Forumshiran, methinks!) It got me wondering about Morals and Manners etecetera and the young. I've coached kids in sport for years and dealt with plenty through my work, but I don't agree with the oft heard view (of old fogies) that modern kids are not Moral or Good Mannered. Indeed, their openess and natural willingness to debate all things with us oldies regards customs and moral codes and 'good' manners' (while sometimes annoying) is a fantastic aspect of Modern Western Culture, I reckon. And oldies should be questioned because what we do and believe is so often such illogical crap.
_________________
‘The streets of Forumshire must be Dominated!’
Quoted from the Needleholeburg Address of Moderator General, Upholder of Values, Hobbit at the top of Town, Orwell, while glittering like gold.

Young or Old, nobody wants to live in a world without rules.

It's just that as we get older we feel more certain that they should be OUR rules.

David H wrote:Young or Old, nobody wants to live in a world without rules. 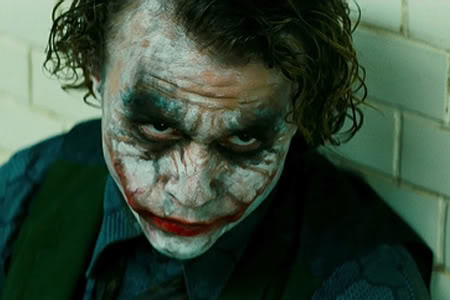 David H wrote:Young or Old, nobody wants to live in a world without rules.

I see the gentleman has not read the latest literature on the best creams for superior skin care.

and there goes the brilliant "good manner" and "oh the young people of this world are great afterall" and "they are willing to discuss serious matters" thread which Orwell so proudly put up to honour us youthful faces ...

Im sure he will be able to relate with the trials and tribulations of make up removal Norc. It's a serious business. He's not always a joker you know

That is genius. Reminds me of Reefer Madness from the 50's.
_________________
Pure Publications, The Tower of Lore and the Former Admin's Office are Reasonably Proud to Present-

*Pure Publications reserves the right to track your usage of this publication, snoop on your home address, go through your bins and sell personal information on to the highest bidder.
Warning may contain Wholesome Tales[/b]

Left me feeling a little uneasy and uncertain about a lot of things to with sexuality generally and how adults should deal with it with their kids. But that Christian guy made me want to puke. (Yep, no doubt at all he's a Christian. Though I should allow he might be a Mormon, I guess). I can't but wonder how much manipulation and distortion of the facts was going on in relation to Planned Parenthood. Indeed, I wondered if that guy may not very well be my Big Brother. I confess, I'm not a big fan of having sex rammed down anyone's throats. Dealt with the wrong way, a conversation about sex itself could easily become every bit as puerile and abhorrent (in some ragards) as a graphic discussion of Jehovah's (and other Gods') crimes against humanity.

Talk about sex is okay by me - but do kids (or anyone) need to have it thrown at them so graphically, even as a part of some Education drive?

Or should ANY form of sexual behaviour be 'encouraged' (graphically or not)? Isn't that personal choice? Casual sex may be fine, but encouraging, say, a gay boy to have sex with a girl (as one example) would seem improper to me. Let kids find their own way (safely though, parents!) Don't pressure them in a direction they may never have wanted to go but for Education System, or pee, or parental, or religious pressure.

One thing I'd say, if you want to have all sorts of (consensual legal) sexual adventures, of course, do so, but don't expect that everyone has to be gungho about it, or that sex for some can't be a big religious or philosophical deal to them. And some might just prefer boring old getting to know someone they love and letting sex become part of the mix when the time seems right, it not being a trivial thing for them. To all our own.

If that vid is just a clever parody or satire, congrats, but i emitted not one giggle. It certainly made me uncomfortable in all manner of ways. Old fogie that I am!

Last edited by Orwell on Mon Oct 15, 2012 9:45 pm; edited 6 times in total
_________________
‘The streets of Forumshire must be Dominated!’
Quoted from the Needleholeburg Address of Moderator General, Upholder of Values, Hobbit at the top of Town, Orwell, while glittering like gold.

what was it the great philosopher from greek sayd, something of a golden path in the middle

Last edited by Orwell on Mon Oct 15, 2012 9:38 pm; edited 1 time in total
_________________
‘The streets of Forumshire must be Dominated!’
Quoted from the Needleholeburg Address of Moderator General, Upholder of Values, Hobbit at the top of Town, Orwell, while glittering like gold.

Ally, I'm really wondering now about your parents and what I presume was their trenchant opposition to the contraceptive pill...

If even a fraction of that video is a true depiction of some of the things Planned Parenthood promotes it is pretty damning. I'm all for public funding of organizations that distribute sober information about contraception and safe sex, but it does seem like it's gone off the rails.
_________________
Halfwise, son of Halfwit. Brother of Nitwit, son of Halfwit. Half brother of Figwit.
Then it gets complicated...

it's exaggerated! calm down, it's not at all like that in real life. Kids act embarrased and all, but they are secretly pleased. Young kids are curious, they are not manipulated, maybe damaged like.. scared or grossed out, but not in that mattter.

You were shown a movie about a 3-some in sex ed class?!

Part of me wishes I had that kind of sex ed, another part of me thinks that though that may be okay in a private institution where families are expecting it, it shouldn't be part of the curriculum in a government institution. A question to be discussed if brought up, but not put out on the table right up front.
_________________
Halfwise, son of Halfwit. Brother of Nitwit, son of Halfwit. Half brother of Figwit.
Then it gets complicated...

Is, pray tell, a little joke of yours, Norc?

If not, that's kind of confronting.
_________________
‘The streets of Forumshire must be Dominated!’
Quoted from the Needleholeburg Address of Moderator General, Upholder of Values, Hobbit at the top of Town, Orwell, while glittering like gold.

I somehow thionk you're not quite so much into cinematography in your personal life, Ally.

And will you people please stop de-seriousizing this thread!