Eldorion wrote:Now I have a wet pussy on my bed.

Not every time that happens. 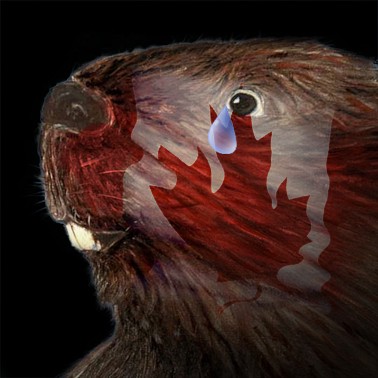 (Yes I know it's two days early but I wanted to post this with time for you to see it before the big day.

That is both a hilarious and beautiful picture to me. Before the Maple Leaf we of course had the Union Jack Every one that took part in the contest of how our new flag would look were SO Canadian. The Queen , moose, the loon, the beaver, skating hockey teams eh, so many. I won't say the Maple Leaf is the best representation of our vast land, we have everything from maritime landscape, to the rolling endless wheat fields, to lentil fields, to cattle country, to grape orchards that are hot and resemble those in France, to fishing villages and cosmopolitan cities that rest in oceanic harbours and of course the beautiful ice laden, frozen places up North. I only know personally of maybe three provinces that have maple trees, I lived in Alberta and they are breathtaking, but oh well. It is ours now.
Thank you so much Eldo. I am working tomorrow so I can have the Monday off to celebrate and we have a birthday too for a fellow worker whose family is far away. We will have the obligatory turkey, although we also have duck l'orange and pheasant an Cornish game hens, and for the vegetarians, the 'chicken' that tastes quite like it, but it is creepy to me. why eat something that tastes like that which you would never eat. All kinds of potatoes, Jewish latkes and mashed and fries smothered with cheeses and chili, and the usual home baked buns and ten kinds of salads, see I am already full, no need to eat now. And probably three kinds of pies and whipped cream. And lots and lots and lots of dark chocolates, I hate dark, so I will sneak into my bedroom and have a milk chocolate bar. And homemade milkshakes and teas, lots of them and coffee, fresh brewed. I already don't feel well

I have been a little ill the last few days, I believe relating to some random bug that is 'going around' and have had such a bad appetite. Most of that food you mention would normally be getting some salivation going on but unfortunately makes me feel a little

If this don't sort itself soon I'm gonna have to get a scalpel and go and find that damn bug. I love food too much for this to be going on!!!

Try poisoning it with alcohol- might not work but will you care?

I was wading in a stagnant dock about 2 weeks ago... so if I managed to contract Weils disease then I think my liver could do without double poisoning!!

I hestitate to ask what you were doing in a stagnant dock. Maybe you cant talk about it, wink wink, special ops on illegal eel trading no doubt.

srsly stay out of stagnant water.

Livers are over rated imo. Cant you just a secure a new third world one? I'm sure you must have the international contacts. (I got my most recent one from a passing gypsy, think it was sheep liver, livers all look the same after the tenth barrel or so

Let's just say it was sponsored by a major global corporation Figgy.....

for the poignancy and

for making me feel, well anything, and now the cure

Got to love random internet humour 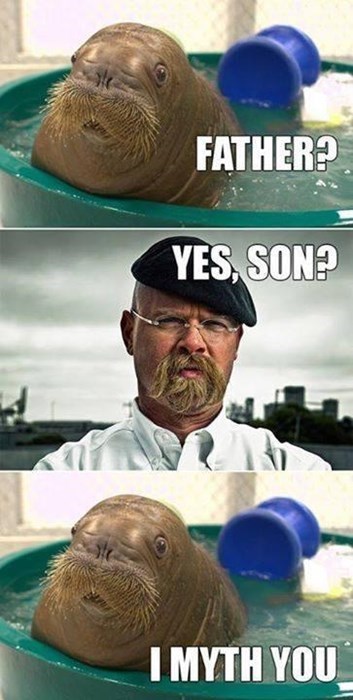 OMG I love this so much I just gotta

Watching that on repeat made me laugh more than I expected.

Is this why Odo has been so absent lately?

http://www.wptv.com/dpp/entertainment/banksy-in-new-york-city-famous-anonymous-artist-had-trouble-selling-his-art-in-central-park
_________________
“The Lord is my shepherd. I shall not want for nothing. He makes me lie down in the green pastures. He greases up my head with oil. He gives me kung-fu in the face of my enemies. Amen”. - Tom Cullen

That is sadder than I imagined. People were caught in British Columbia's old growth forests, [protected but they don't care.) Some of the trees were so old they looked different and so very Tolkien People.

I never had a couple of hours to come on here and it was well weird and wonderful I learned a lot
I learned that I know no more than I did when I first came on. I never did and still do not understand in the least the peppermint and ( and ) s
I am like the little faerie that tags along and is tolerated and she thinks she has learned do much until they are around the camp fire and she listens and sees how little she knows.
It has taken me as long to reach six hundred posts as most of you did in a month. I promise I am fast in my work and other stuff. but I never get to come on with any regularity If I should live another ten years, I will most likely be up to seven hundred Oh well.................................

{{{ I think Leelee will eventually figure out the peppermint. Give her time. }}}

Don't you enjoy the fragrance of peppermint, Leelee? It's very soothing in a mysterious way.

I was in my twenties, already an editor of a city newspaper when I said some words improperly. I knew what they meant but not how to say them. My boss laughed a lot at me, the sports editor figured I was so ill informed that he could come on to me daily, the hard copy editor was worn out from trying to rescue me from him and the ad men, and I was terrified of Mrs. Mac the person that read the whole paper and got after us if there was something wrong. And she always ate only a banana and a graham cracker for lunch. Talk about disciplined.
The first day applied for the job I asked to see the city editor and it was him  Six foot seven and his name was John Short and he had won numerous awards. The cameraman was called Howie Hebig and was five seven. I was very angered when he said How old are you , twelve and I said how old are you, sixty or something like that and after a pat on the head and a series of articles I had to write I got the job. But I never never understood their jokes or whatever. I grew up in a terrifying household with bad bad things happening. So I knew it was there, but I just couldn't understand a lot of stuff. When I graduated at sixteen my friends always patted me on the head and called me the 'little nun' but when they were all in trouble or sad or whatever it was me they woke up and I had to make coffee and listen even though I had to be at work in two hours. sigh.............maybe that is why I was approached by the head of the business women asking to underwrite me to write children's books as I worked with them and lived with them when they were battered or whatever and the parents taken away.l don't understand the peppermint or the parenthesis.  Sigh, but I think you are all brilliant, beyond me.
Funny though at the Gentle Planet they thought I was intelligent because I guess I read so much and had an half decent answer to give. And my stories had a good  following, some were read by over two thousand, maybe they thought I was twelve and wrote fairly well for that age:cry: