The Sword in the Stone

The Sword in the Stone

I have read T.H. WHITE's "The Sword in the Stone" and also his "The Once and Future King." The original "Sword" was a wonderful tale with humour and adventure. Then he rewrote it - seriousized it (much like Tolkien tried to seriousize "The Hobbit". Tolkien was wise enough to give up the attempt, fortunately!) The seriousized "Sword" got into "The Once and Future King." It's nowhere near as good a version as the original (though not terrible, I guess). "Future King" is a volume containing all Five Books of his Arthurian cycle.

I wonder why White (and Tolkien) succumbed to the ridiculous pressure to seriousize such Classic books - and "Sword" and "The Hobbit" are absolute Classics, "Sword" being far better than "Future King" (all up) and "The Hobbit" a bit better (all up) than LotR. Weird business.

Wow, didn't realize TH White did that. I actually never got around to reading either one, though started the Once and Future King. I shall have to read both books now.
_________________
Halfwise, son of Halfwit. Brother of Nitwit, son of Halfwit. Half brother of Figwit.
Then it gets complicated...

Be careful that the single volume "Sword" has Madame Mim in it. She's not in the version in "Future King". If you like "The Hobbit" you should like the original "Sword". "Future King" is a far more serious work (even if the revised "Sword" is the lightest book still for all White's seriousizing).

White seems to have had a similar transitioning to Tolkien in his writing. "Sword" was a witty, intelligent, imaginative children's book (for adults too) like "The Hobbit" was. Then he became more serious as he applied his taste for Arthurian lore. Tolkien did the same, if one substiutes Silmarillion lore for Arthurian lore.

Mind, I find their children's versions every bit as weighty and serious as their seriousized works - in some ways more weighty, if one considers how effective they are at hinting at deeper things, including the human condition itself. Their later works are more workmanlike at being 'serious' and thus (to me) are often less effective.

I'm suddenly thinking about Greek Comedy --- somebody stop me!

Btw the original "Sword" is one of my favorites - a fair way behind "The Hobbit" in my affections, of course, but then, all my favorites are.

I think there was a time when I would have said that Once and Future King was my favorite book, and when we first heard that Radagast would have bird poo on him, I immediately thought of Merlyn and that wonderful scene where Archimedes and Wart are getting to know each other.

The Book of Merlyn is fun too, kind of like the Quest of Erebor. But I don't think I ever read the earlier version of Sword in the Stone.....I guess I've got to order it now, huh? 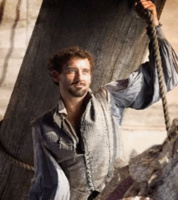 I think it still gets published in the single book version, but the revised one is always in the collected books version - "Future King" that is. I know it's a vague way of putting it, but the single book version I know for Sword is like The Hobbit version, while the one in Future King is like the LotR version. I guess I've already canvassed that point, but thought I'd say it again just in case I didn't make my point clearly enough in my earlier posts. Incidentally, I think Disney made a reasonable job of the original version.

Btw while Future King version is seriousized and takes out some of my favorite bits, nonetheless it adds some more serious parts that are good of themselves. Definite case of having two versions both worth reading, though I prefer the original.
_________________
‘The streets of Forumshire must be Dominated!’
Quoted from the Needleholeburg Address of Moderator General, Upholder of Values, Hobbit at the top of Town, Orwell, while glittering like gold.

I own a copy of The Once and Future King and started reading it but I never finished it. I didn't know it was TH White's second go around at adapting the Arthurian legend, either. I'll have to start it again and also find The Sword in the Stone.

How did you find it this time, Eldo?
_________________
‘The streets of Forumshire must be Dominated!’
Quoted from the Needleholeburg Address of Moderator General, Upholder of Values, Hobbit at the top of Town, Orwell, while glittering like gold.