yep those cherries is the ultimate mystery.

I forgot about dinosaurs, that would have been a good one. can you imagine a real T-Rex?

I can imagine a lot of toothy hungry dino's

Of course the stipulation is that Id be invisible

ok, top ten people I would like to meet in history,

Great list, Az! I think if I had to make 1 visit in history, I'd go see the dinosaurs.

Lots of great lists there!

Dinosaurs is a good one.

I would also like to see Mars when it had an atmosphere and rivers ran (if that really did happen).

Without getting hurt, would also like to see the impact that wiped out the dinos... again if that did really happen!

There's also reason to question if Jesus really did happen, not sure who to sub in instead.

1. I would like to watch our Earth being formed after it had been smashed into by that sister planet.

3. be there one second after the BB.

Which reminds me, I'd like to visit Alexandria, probably around 100 AD.

As to who I'd like to meet, aside from Hypatia:

• Jesus, if he existed
• Kepler and Mendel. I'd tell them to hang in there, they'd be celebrated as heroes one day.
• Galileo - perhaps the most entertaining of the scientists
• Archimedes - if he doesn't stink too much and would actually talk to me.
• Alexander the Great - perhaps the most charismatic man of all time?
• Joan of Arc - people would follow her, she inspired them, and she was just a farm girl; one of the most fascinating characters of all time.
• Gandhi
• Catherine the Great of Russia - by all accounts an outsize personality.
• Hannibal - tricksy was that one.
• Augustus. The Roman Empire was as much his creation as Ceaser's.
• I'd like to hear Sojourner Truth deliver her "Ain't I a woman?" speech.
_________________
Halfwise, son of Halfwit. Brother of Nitwit, son of Halfwit. Half brother of Figwit.
Then it gets complicated...

just keep the grey horses away from Catherine.

In 1863, twelve years after the original speech, Frances Dana Gage published her enhanced version in the Anti-Slavery Standard (May 2, 1863). Gage opens her account with a description of the Women's Rights Convention in Akron, Ohio, at which she was the presiding officer.


The leaders of the movement trembled upon seeing a tall, gaunt black woman in a gray dress and white turban, surmounted with an uncouth sunbonnet, march deliberately into the church, walk with the air of a queen up the aisle, and take her seat upon the pulpit steps. A buzz of disapprobation was heard all over the house, and there fell on the listening ear, "An abolition affair!" "Woman's rights and niggers!" "I told you so!" "Go it, darkey!"

I chanced on that occasion to wear my first laurels in public life as president of the meeting. At my request order was restored and the business of the Convention went on. Morning, afternoon, and evening exercises came and went. ... Again and again, timorous and trembling ones came to me and said, with earnestness, "Don't let her speak, Mrs. Gage, it will ruin us. Every newspaper in the land will have our cause mixed up with abolition and niggers and we shall be utterly denounced." My only answer was, "We shall see when the time comes."

The second day the work waxed warm. Methodist, Baptist, Episcopal, Presbyterian, and Universalist ministers came in to hear and discuss the resolutions presented. One claimed superior rights and privileges for man, on the grounds of "superior intellect"; another, because of the "manhood of Christ; if God had desired the equality of woman, He would have given some token of His will through the birth, life and death of the Saviour." Another gave us a theological view of the "sin of the first mother."

There were very few women in those days who dared to "speak in meeting" and the august teachers of the people were seemingly getting the best of us, while the boys in the galleries, and the sneerers among the pews, were hugely enjoying the discomfiture, as they supposed of the "strong-minded" ... When, slowly from her seat in the corner rose Sojourner Truth, who till now had scarcely lifted her head. "Don't let her speak!" gasped half a dozen in my ear. She moved slowly and solemnly to the front, laid her old bonnet at her feet, and turned her great speaking eyes to me. There was a hissing sound of disapprobation above and below. I rose and announced "Sojourner Truth," and begged the audience to keep silence for a few moments.

The tumult subsided at once, and every eye was fixed on this almost Amazon form, which stood nearly six feet high, head erect, and eyes piercing the upper air like one in a dream. At her first word there was a profound hush. She spoke in deep tones, which, though not loud, reached every ear in the house, and away through the throng at the doors and windows.

"Wall, chilern, whar dar is so much racket dar must be somethin' out o' kilter. I tink dat 'twixt de nigger of de Souf and de womin at de Norf, all talkin' 'bout rights, de white men will be in a fix pretty soon. But what's all dis here talkin' 'bout?

"Dat man ober dar say dat womin needs to be helped into carriages, and lifted ober ditches, and to hab de best place everywhar. Nobody eber halps me into carriages, or ober mudpuddles, or gibs me any best place!"

"Den dey talks 'bout dis ting in de head; what dis dey call it?" "Intellect," whispered someone near. "Dat's it, honey. What's dat got to do wid womin's rights or nigger's rights? If my cup won't hold but a pint, and yourn holds a quart, wouldn't ye be mean not to let me have my little half-measure full?" And she pointed her significant finger, and sent a keen glance at the minister who had made the argument. The cheering was long and loud.

"Den dat little man in black dar, he say women can't have as much rights as men, 'cause Christ wan't a woman! Whar did your Christ come from?" Rolling thunder couldn't have stilled that crowd, as did those deep, wonderful tones, as she stood there with outstretched arms and eyes of fire. Raising her voice still louder, she repeated, "Whar did your Christ come from? From God and a woman! Man had nothin' to do wid Him." Oh, what a rebuke that was to the little man.

Turning again to another objector, she took up the defense of Mother Eve, I cannot follow her through it all. It was pointed and witty, and solemn; eliciting at almost every sentence deafening applause; and she ended by asserting, "If de fust woman God ever made was strong enough to turn de world upside down all alone, dese women togedder [and she glanced her eye over the platform] ought to be able to turn it back, and get it right side up again! And now dey is asking to do it, de men better let 'em." Long continued cheering greeted this. "Bleeged to ye for hearin' on me, and now ole Sojourner han't got nothin' more to say."

Amid roars of applause, she returned to her corner, leaving more than one of us with streaming eyes, and hearts beating with gratitude. She had taken us up in her strong arms and carried us safely over the slough of difficulty, turning the whole tide in our favor. I have never in my life seen anything like the magical influence that subduued the mobbish spirit of the day, and turned the sneers and jeers of an excited crowd into notes of respect and admiration. Hundreds rushed up to shake hands with her, and congratulate the glorious old mother, and bid her God-speed on her mission of "testifyin' agin concerning the wickedness of this 'ere people."

Mrs Figg wrote:ok, top ten people I would like to meet in history,

In no particular order.

Who was the Renaissance composer (some nobility) who was famous for composing richly chromatic choral music and murdering people at night? Him I'd like to meet...just not at night.
_________________
Halfwise, son of Halfwit. Brother of Nitwit, son of Halfwit. Half brother of Figwit.
Then it gets complicated...

Ah, Gesualdo. Actually, I think I'd rather not meet him, as he only killed his wife and lover when catching them in the act. How pedestrian. I had the impression he'd wander the streets at night despatching peasants to amuse himself. He bores me already.
_________________
Halfwise, son of Halfwit. Brother of Nitwit, son of Halfwit. Half brother of Figwit.
Then it gets complicated...

Carlo Gesualdo. Oh you beat me to it.

I briefly thought about putting Gesualdo on my list, mostly because of his music. But yeah, the murder he committed was pretty standard.

top ten pieces of advice to a kid.

1. its never too late to do something. Unless you are dead, and then it is.
2. make mistakes, the more the merrier, just not permanent ones.
3. let your hair down, you are only young once. just try not to end up in A&E.
4. find something you love to do and try to get paid doing it.
5. forgive your parents if you can, its their parents fault they are fucked up.
6. forgive yourself if you screw up, its part of the learning curve.
7. try to listen to old people because they have amazing stories.
8. don't lose touch with your inner child, take time to dream.
9. don't confuse sex with affection, its quite different.
10. girls. watch 'snog, marry, avoid'. you get the picture, be real.

If only kids took advice!

Top Ten... thing I would like to learn to do!

What you've said there Lance, has all the makings of a spy, a forumshire spy too !
_________________
"All we have to decide is what to do with the time that is given to us. It's the job that's never started as takes longest to finish.”
"There are far, far, better things ahead than any we can leave behind"
If you always do what you have always done, you will always get what you always got 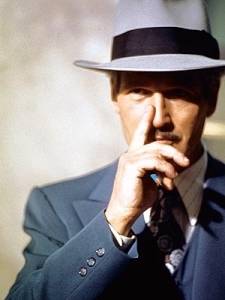 azriel wrote:What you've said there Lance, has all the makings of a spy, a forumshire spy too !

yep, even the drums would come in handy, for when he is lost in the forest.

top 10 things I daydream I can do.