Holy crap, US intelligence had letters between Zarkawi and Bin Laden.  Didn't say it was obtained when they assassinated him, but if not intelligence was far better than we've been led to believe.  But not used effectively.

the military prisons in Iraq were a sort of Jihadist university. Al Bagdadi started there, and when he got out there were only 37 of Zarkawi's old organization (al Qaeda in Iraq) left. Then Obama came in and pulled out the US army. Bagdadi jumped into the void and grew the almost destroyed organization.

Though it's unfortunate many possible informants are dying gruesome deaths, the paranoia sown inside ISIS makes me happy that the end may be near.

lets hope so, after a bit people get fed up of living in fear. unless you live in N Corea and theres no sign things are going to change any time in this century. But they have been indoctrinated from birth.

Number 1 in the middle east this week IS

where are military drones when you need them.

maybe that's a good idea in light of recent events.

When used against anyone except ISIL I'm totally against the drone attacks. Even the Taliban is close enough to the people they control to stir up bad feelings when drones are used. But I have a hard time believing anyone is mourning attacks on ISIL, so long as it's done in the clear.
_________________
Halfwise, son of Halfwit. Brother of Nitwit, son of Halfwit. Half brother of Figwit.
Then it gets complicated...

It seems we're moving the world in the direction of drone wars. Probably better than nuclear wars or carpet bombing wars, but so far there don't seem to be any rules, and that's scary.

halfwise wrote:When used against anyone except ISIL I'm totally against the drone attacks.  Even the Taliban is close enough to the people they control to stir up bad feelings when drones are used.  But I have a hard time believing anyone is mourning attacks on ISIL, so long as it's done in the clear.

Has there been some recent development in drone technology that makes them non-lethal against Syrian civilians or something?

Not even disagreeing with bombing ISIS but let's be real about the effects.

I thought drones could attack an individual person rather than indiscriminate bombing of whole areas?

It's more like you're taking out a single house or car rather than a whole city block, but there's still usually "collateral damage", especially if they're targeted at a public event, which is often when intelligence is available.
_________________

A lot of the time they target events like funerals that attract large numbers of people (including insurgents turning out to pay respects to their fellows, but also lots of civilians), and then the drone will hang around for a "double tap" and strike again once people have rushed in to try to help the survivors of the first strike. Obviously these attacks kill civilians in huge numbers, though the Obama Administration justifies it by claiming that any male over the age of 18 living in an area where the drone program operates is a combatant.

That's the wrong way to use drones.

Should only be used against individual cars, perhaps houses when a meeting is known to be underway. The funeral attacks are just goulish. I suppose it's probably more likely in an ISIS funeral that it will be 90% ISIS, but a second bombing is too wide a net and just plain wrong. The Taliban has wide enough community support that bombing those funerals are unjustifiable.
_________________
Halfwise, son of Halfwit. Brother of Nitwit, son of Halfwit. Half brother of Figwit.
Then it gets complicated...

I think we're largely on the same page, halfy.

Ultimately I don't think the drone program is that different from conventional aerial bombing and it should be subject to the same moral scrutiny. But we should also question what goals the program is actually achieving. Yes, it's killed a lot of terrorist leaders. But if the goal is to see these groups consigned to the dustbin of history, you have to turn the people against them. ISIS is a bit more straightforward because they're so rabidly sectarian in a pretty diverse part of the world, so many of the people in the area are opposed to ISIS no matter what because they don't really have a choice. The Taliban, while also sectarian, is as much an ethnic nationalist organization as it is a religious fundamentalist movement and doesn't have the same expansionist ambitions, but it is as you allude to more closely intertwined with the Pashtun population as a whole (though it by no means enjoys unanimous support, and much of it's support is due to fear), making it a much trickier foe to deal with.

Decades of precedent in counterinsurgency operations around the world suggest that killing civilians does not cause the survivors to turn against insurgent groups but actually drives them towards the insurgents seeking protection. The heavy-handed response rarely works and when it does (eg, in Sri Lanka) it comes at a horrifying human cost and requires long-term occupation and military government. The US doesn't have the political will for to make that investment of lives and money, nor are our stated ideological goals (spreading freedom and democracy) compatible with such an approach. The drone program is a median approach that keeps the insurgent organizations unstable but presents no path forward for actually ending the conflict. Quite aside from moral considerations, it's more of a band-aid fix to the national security issue, and it obviously has not ended terrorist activity in Afghanistan, the FATA, or Pakistan as a whole.

ISIS presents a more direct threat to America and other Western countries, both through attacks planned and carried out by their members and through radicalization of lone wolves, though the line between the two is sometimes blurry. But as ISIS continues to be pushed back (as seen in Fallujah and the internal Iraqi refugee crisis this past week), the question of how to treat the Sunni tribes who form much of ISIS' latent support has to be dealt with again, and it has to be dealt with better than it was post-2009 (when the post-occupation Iraqi government abandoned Petraeus' policies in favor of getting one over on the Sunnis who had previously enjoyed dominance under Saddam) or else ISIS or a very similar group are gonna come back in the same way they did in 2013-14. There are obviously a lot of factors that go into radicalization within Western countries but flippantly killing civilians gives insurgent groups great fodder for propaganda which makes counter-radicalization efforts that much harder.

EDIT: er, I didn't mean for that sound quite so lecture-y.

I hope it's clear that this is just my opinion; obviously many intelligent and well-informed people feel differently.

Drones have become too easy for the Obama administration to resist.

It's like pressurized canned cheese-whiz which should only be used in some carefully defined situations (like preparing a birthday party for those between the ages of 8 and 13), but it's just so easy you start sneaking it into your own lunch.
_________________
Halfwise, son of Halfwit. Brother of Nitwit, son of Halfwit. Half brother of Figwit.
Then it gets complicated...

Canned cheese whiz. what is this abomination?

An abomination the use which should be as carefully vetted as drones. 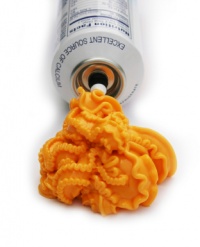 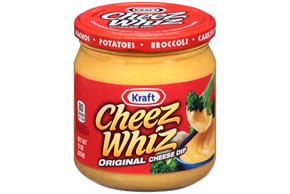 american food at its worst

If they bomb the Hagia Sophia I will go over there personally to break some necks!