A couple of years ago the Hungry Hobbit cafe, just across the road from Sarehole Mill, was ordered to change its name, or pay a fee, by the Saul Zaentz Company - even though the cafe had been using the term "Hobbit" before the company had registered it as a trademark. Furthermore, the term "hobbit" appears in The Denham Tracts in 1895, and wasn't invented by Tolkien anyway.

I went in there yesterday for an all-day breakfast (scroll down for a pic of what it comprises) and asked what became of this matter, since they haven't changed their name. They told me that they obtained some legal representation and the issue was dropped. 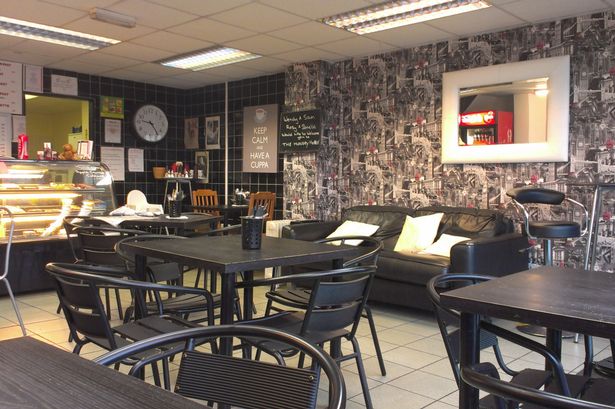 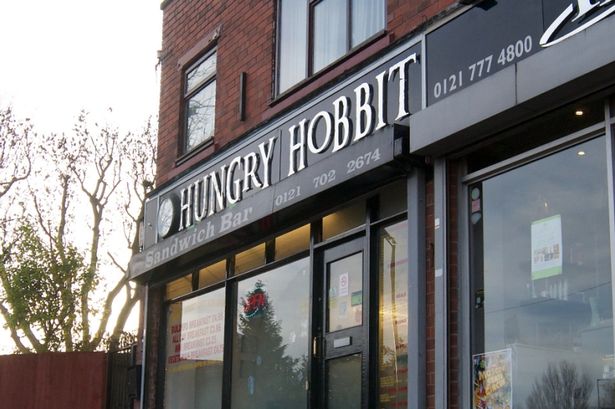 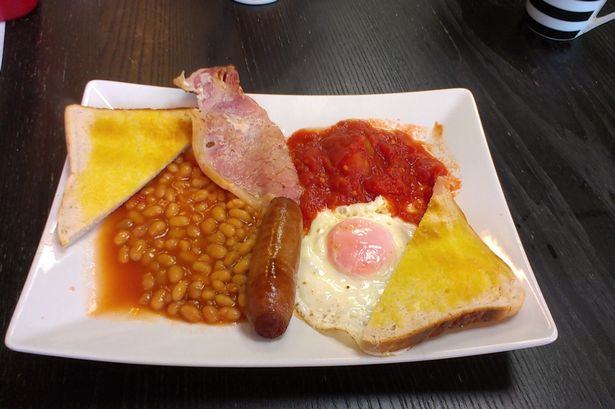 The word hobbit preceded Tolkien?  I wonder if he had happened upon the word and it stuck in his subconcious?

Edit: I changed 'place' to 'word' because the word appeared in dernham tracts (whatever that really means) long before the cafe itself opened, which I assume is after Tolkien was long gone.

halfwise wrote:The word hobbit preceded Tolkien?  I wonder if he had happened upon the place and it stuck in his subconcious?

I think there's a very good chance of that.

Ah, Wikipedia explains the Denham Tracts as a series of pamphlets on local folklore, so it is indeed very possible Tolkien read it. 'Hobbit' was the name of a fairy.

What a great collection of names!

Oh look, there is even nisse there, right at the very end.

Yup just what I was thinking Figg- thats a hobbit breakfast right there!

'maters and untoasted white bread with margarine?  I think Tolkien knew better than to put in tomatoes, even if he couldn't resist potatoes.  Though they ate white cakes, white bread doesn't seem very hobbit like (more Elven).  The mustard yellow margarine has to go under any circumstances.
_________________
Halfwise, son of Halfwit. Brother of Nitwit, son of Halfwit. Half brother of Figwit.
Then it gets complicated...

They do a roaring trade during the Middle-earth weekend at the mill. Unfortunately, it was cancelled this year - it would have been this weekend. It'll be back next year though.

Zaentz is the asshole who wanted to trademark the word "shire", too. There was a big brouhaha about this in the blogosphere in 2012, but he's been trying to take ownership of that word for ages. Most of his attempts have been shot down by officials who are presumably better versed in the history of the English language than Mr Zaentz.

Or basic geography, geez. Everywhere and its mother is named blank-shire over in England.

Geez, that list reads like a D&D Monster Manual!
_________________
When I was younger
I would not have believed them
though a hundred had said it
and a thousand tongues had told
that I would sink to these ways
that I would fall on these days--
the days I have fallen on
the ways I have sunk into.

Similar topics
» Crikey! Back issues
» One Step Forward, Two Steps Back
» Gess whos back, back again?
» "Back to the Future?" nanoscale vacuum tubes ?
» Norvel Is back in Business!!