Does it actually end Eldo? There only were 3 series of the BBC version, and where it finishes, well you couldn't have kept it going lets say, its a definitive ending. So is this? or have they left it open for more with an eye on the bucks?
_________________
Pure Publications, The Tower of Lore and the Former Admin's Office are Reasonably Proud to Present-

I think they're going to have an ending eventually, but this clearly wasn't it. There will be at least one more season of this one. I did actually think that the US version would end in three seasons too since the first two seasons followed the structure of the British version reasonably closely, but this one was sloooooooooow as hell.

I've finished the season, Eldo, so you can go ahead and post your thoughts.

I also did feel something at the end, but at the very end when Claire dropped her bombshell. I had been waiting for it for about 2/3 of this season. But knowing how this show is, they'll probably have her cave and change her mind.

I agree that the show is technically well done. I especially like the music. It doesn't stand out to me, and there are no incessant "themes" or "leitmotifs." It really sets the mood well for what this show wants to be.

I was disappointed with what they did with Stamper's character. I thought they would follow the BBC version.

Spoiler:
In the BBC version Stamper tries to undermine Urquhart and ends up paying the ultimate price.

I feel like this is an "okay" show, overall. I understand that they would want to try something apart from the original BBC series, but all the charm is lost, which is really unfortunate.

The BBC series moves at a brisk pace, which is great. William Shakesman once wrote, "Brevity is the soul of wit." This means don't waste my time. Stop wasting my time, stop it!

I feel like this show is wasting my time for a majority of the time.

I wish that the Doug and Rachel story had been resolved sooner.  I assume they wanted to show Doug's long-term obsession but it got old after a while.  Reintroducing Rachel for the first time in the final episode was also a really poor use of screen time when there were much more interesting subplots just reaching a boiling point.

I feel like Claire got beaten with the idiot stick during the break between seasons.  She displays a ridiculous amount of naivete in the whole UN subplot, particularly with her insistence that the must be given the ambassadorship even after the Senate rejects her.  Of course, politics in House of Cards doesn't follow any rules but authorial fiat, so maybe Claire is genre-savvy enough to know that bulldozing over the separation of powers won't have any negative implications for her or Frank in the election, but that just makes it a slightly different kind of stupid.  And Frank, as much of an asshole as he is to everyone around him, has a point that Claire has always known that Frank is public face of their partnership and the one who does the office-holding, while she works more in the background.  I don't think they really established a decent reason for her becoming dissatisfied with this arrangement if she'd been happily going along with it for 30 years.  At least she didn't decide she wanted a baby again like in S1.

I've said my bit about Frank and his actions already.

This was really only the first half of a season.  I'm with Mr Shakesman.  Stop wasting my time, House of Cards!

Nah but seriously, it's still a fun ride, I'm just not sure how much longer I'll be able to say that. I was glad Freddie came back though. I hope Remy and Jackie do something interesting in the next season. It'll be interesting to see how the election plays out but I know I'm going to have to turn my brain off for it, and I don't like the feeling of having to do that to enjoy a story.

In the UK version his wife is very much a Lady Macbeth character- she prods him and encourages him, flatters his ego and draws him on, shores him up when he is doubtful, she sets up challenges for him when he has no more battles to fight, she even introduces Maddie to him as someone she thinks will be useful to him and to sleep with.
But he doesn't have a story of her own as such, we dont spend screen time with her alone, all we see of her life is through him, and the ending of the UK one therefore fits perfectly- if you'd seen her machinations it would spoil it.

I wonder if they still plan to end it the same way in the US version.

I also found her entire invented story in the US incredibly boring, I just wanted to fast forward through them as they seemed contrived and irrelevant and to exist for no more reason than to be politically correct and to give the wife character a story of her own and lots of screen time. But its not her story, or even their story, its his, in which she is merely another character.
_________________
Pure Publications, The Tower of Lore and the Former Admin's Office are Reasonably Proud to Present-

I used to watch this. See if you recognise Judy Dench ?

I used to watch this also

End of an era really. It wont be the same without Clarkson. The public would like him back but, I suspect a big chunk of television big wigs wont,
_________________
"All we have to decide is what to do with the time that is given to us. It's the job that's never started as takes longest to finish.”
"There are far, far, better things ahead than any we can leave behind"
If you always do what you have always done, you will always get what you always got

Clarkson was an entertaining host but he brought this on himself.  I'm sure he'll land comfortably at Sky or some other station though.

And isnt it proved that 'bad publicity is good publicity ?'
_________________
"All we have to decide is what to do with the time that is given to us. It's the job that's never started as takes longest to finish.”
"There are far, far, better things ahead than any we can leave behind"
If you always do what you have always done, you will always get what you always got

it will be ok if all three of them go to another station.

I have no sympathy for Clarkson, he brought this entirely upon himself (though I'm inclined to wonder why he decided to punch a producer he'd worked with for years), I thought Top Gear was getting kinda tired the last few years anyway, it became more and more obviously scripted jokes about three middle aged men crashing expensive cars in random fields (and I say that as someone who watched it only for the crashing cars and humour) so I couldn't see it going much longer.

He was an entertaining presenter, but he's probably going to make more money and have more freedom at a different TV network, and I presume the other two will go with him. I doubt the BBC will let Top Gear go so easily, it's their biggest money maker, though I doubt they could replicate the humour or energy Clarkson and co brought to things.

Wait so what happened?
_________________
"The earth was rushing past like a river or a sea below him. Trees and water, and green grass, hurried away beneath. A great roar of wild animals rose as they rushed over the Zoological Gardens, mixed with a chattering of monkeys and a screaming of birds; but it died away in a moment behind them. And now there was nothing but the roofs of houses, sweeping along like a great torrent of stones and rocks. Chimney-pots fell, and tiles flew from the roofs..." 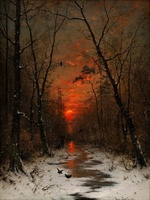 Clarkson, who is a co-host of one of the BBC's most successful shows, had been warned after his last racist comment scandal that he was only one more misstep away from being fired.  Then just recently he repeatedly punched a producer on the show during a so-called "fracas", which an internal investigation found to be unprovoked assault.  Clarkson reported the incident to the BBC himself, and the BBC suspended him from the show (meaning he couldn't record the last few episodes of the current season) and then shortly thereafter announced that he wouldn't be returning at all.

He was upset over hot food not being served by the caterers at one of the locations.  Punching a producer over that, I would have fired him too, and well done.