Best scene. The guy hangs himself to save his brother.

Took me a while to get into this film, now i put it on a par with The Good Bad and Ugly.

chris63 wrote:This clip was cut from the original movie.

If you watch the extras on the dvd it tells you why.

Got all the spaghetti western clips on my mac and streamed to my smart TV.

Get three coffins ready - A Fistful of Dollars 1964 (full scene)

That opening scene with Jack Elem and the fly and Woody Strode and the drip, ending with that shootout, is one of my favorite scenes of all time.

He slapped his kid around the head. He was a mad Irishman.
Great scene thou.

And then the beautiful Claudia Rose Cardinale arrives. 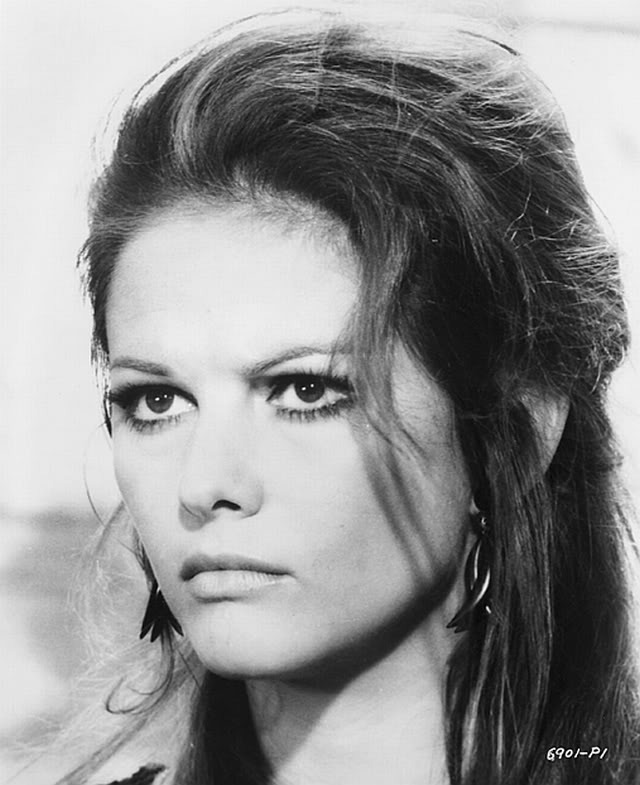 And there's the disconnect: from the preceding scene we get no reason why she would want to be married to him. It's really the only weak point in the movie. Of course the moment SHE arrives you forget about him anyway, so doesn't matter that much.
_________________
Halfwise, son of Halfwit. Brother of Nitwit, son of Halfwit. Half brother of Figwit.
Then it gets complicated...

I know...but the problem is that it doesn't make sense that she would marry a man like that. The only good quality we see from him is the foresight to buy the land the railroad would need.
_________________
Halfwise, son of Halfwit. Brother of Nitwit, son of Halfwit. Half brother of Figwit.
Then it gets complicated...

Went to see the Warcraft movie today - I don't think this is a movie people who haven't played the games will appreciate or even like, but if you've played them as much as I have you'll love it. Nerdgasm should cover most of it

I hope they continue and make more movies, I'd like to see  taurens, undead  and trolls as well. Made me want to renew my WoW subscription (which I'm guessing is half the point seeing as Blizzard is involved).
_________________
“The Lord is my shepherd. I shall not want for nothing. He makes me lie down in the green pastures. He greases up my head with oil. He gives me kung-fu in the face of my enemies. Amen”. - Tom Cullen

It's encouraging to hear that you liked it, Ringo.

I've been curious to see it for a long time, largely cause it's Duncan Jones and also cause there just aren't that many high fantasy movies being put out these days. I don't have any background or familiarity with Warcraft though.

Doesn't come out for another two weeks Stateside.

Well I play lots of videogames, and I have no interest in seeing Warcraft (never played or seen any of the games) something about the trailers just put me off

The trailers have definitely not been very good.

Yeah they are unpleasant.


I saw The Jungle Book the other day. It is very good storytelling, and has superb digital animation.

My only complaint is that the kids in the theater talked way too much, and that sometimes it was as though the animals were too animal-like, as in, it was sometimes hard to pick out their emotions on their faces.

But yes, a good remake, I thought. It didn't squash the main themes of the original, contained a lot of great (fake) scenery, was not gratuitous in its action sequences, and like I said told a good story well.
_________________
When I was younger
I would not have believed them
though a hundred had said it
and a thousand tongues had told
that I would sink to these ways
that I would fall on these days--
the days I have fallen on
the ways I have sunk into.

I've been really surprised to hear so much positive buzz about The Jungle Book but haven't read any specific impressions of it until now. Your post makes me kinda want to see it though I've never seen the animated version.

That's an odd film to have missed! Quite the classic, it is.

I'm undecided at the moment whether not having seen the original will make the experience more or less enjoyable.
_________________
When I was younger
I would not have believed them
though a hundred had said it
and a thousand tongues had told
that I would sink to these ways
that I would fall on these days--
the days I have fallen on
the ways I have sunk into.

I didn't watch Disney animated movies growing up, mainly because my mom didn't approve of them and we didn't have any. The first one I saw was The Lion King and that was on my 18th birthday.

It's been a long, slow process of catching up since then.