{{ Stay safe Forest, and if possible I'd avoid eating and drinking on the flight, just keep your mask on the whole way. }}
_________________
Pure Publications, The Tower of Lore and the Former Admin's Office are Reasonably Proud to Present-

Having first hand experience I can say I would happily look like a twat and wear a mask etc to have stopped the shit going on in my body right now!

Was supposed to be enjoying a holiday in Turkey starting tomorrow. Happily it got cancelled by the holiday company so didn't have to lose our money or force myself through the travel ordeal.

Have booked up a safari for October 2021 though!!

Forrest: If you keep a bunch of incense burning on your tray that should do the trick.  I foresee no complications with this plan.

Lance: I believe the mask mainly keeps you from spreading your own droplets around, but if someone else's droplets have evaporated on something you touch, the virus has it's pathway. So I don't think the mask protects you so much as others. But it's the right thing to do in a plane situation. I do get somewhat annoyed at all the people walking down empty streets wearing a mask. I don't think it accomplishes much of anything except increasing the average level of social annoyance.
_________________
Halfwise, son of Halfwit. Brother of Nitwit, son of Halfwit. Half brother of Figwit.
Then it gets complicated...

Wearing an N95 mask DOES protect you from other peoples droplets, that is the whole point why doctors and nurses all wear PPE, it is to protect them from sick people.

Forrest you must keep a mask on ALL the time, even in the toilets, and ALL the time in the airport when walking about,  it is a pain in the bum but it is sensible to protect yourself. it would be even better if you also wore goggles and disposable gloves. Never touch your face with your hands, and eat and drink before you go. Use hand gel like crazy, and try not to touch surfaces where others have had their grubby fingers on it, like elevators, and plastic surfaces. It is wise to be a bit OCD and paranoid, it is only for a short flight so you should be ok.
_________________

Any mask that covers the face in a tight fit is better than the surgical masks which are loose at the sides. Masks must fit the face or they are pretty useless. The ones with valves protect you but not other people, you need a mask which fits tight and has some layering of the various strata, not just one piece of material like cotton or elastic neoprene.
_________________

Everyone sounds so worried for me!

Well I'll let you know how that goes a couple weeks after. I do have some N95 masks left over from work that I'll be wearing. It's required to wear some kind of covering in public where I live, and also in the airport I'm sure, but this should be a little more effective.

As for surfaces and goggles... Well, last I heard that's not a matter of much concern. We'll bring some hand-sanitizer and use it now and then anyway.

Oh and yeah, I'll just light up some incense, maybe some scented candles, spritz down my part of the cabin with essential oils...
_________________
When I was younger
I would not have believed them
though a hundred had said it
and a thousand tongues had told
that I would sink to these ways
that I would fall on these days--
the days I have fallen on
the ways I have sunk into.

I for one am not worried about Forest at the moment because he doesn't leave until tomorrow.  But I wouldn't interpret our interest as worry so much as boredom.

halfwise wrote:I for one am not worried about Forest at the moment because he doesn't leave until tomorrow.

{{ Now that is exactly the sort of thing a sober person would say!

I'm preemptively worrying about him incase by tomorrow I've passed out

I made it back! We'll see if I have caught anything within a week or so.

The trip was delightful. I love Minnesota at this time of year. We swam in the stream near my house, over in the Mississippi, kayaked down the Upper Iowa River down in Iowa, and just generally showed off the area to my girlfriend as well as I could with things shuttered down as they are.

MN just put in a mask requirement state-wide while I was there, but in the nearby city of LaCrosse, Wisconsin and in the local grocery store people were wearing masks. We hit up a local distillery while we were there. The first round of mixed drinks were kind of meh, not strong enough! But then we had an Old-fashioned that was pretty darn tasty with plenty of kick. We ended up running into a friend of my mom's while we were finding relatives of mine on the new war memorial they've set up after they moved the graveyard. She was fun to talk to, congratulatory on our being a couple, that sort of thing.

I'm afraid I didn't take any pictures. I turned off my phone when I got there and barely touched it until I left. It makes a vacation feel more like it, you know?

But here's someone else's photograph of the area we kayaked through: 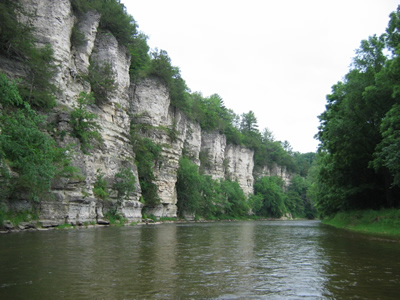 There were dozens of these little guys, Cedar Waxwings, catching bugs over the water in the cliff-side stretch of the river: 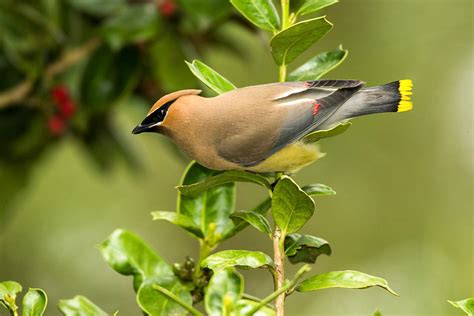 We have a bird-feeder set up in the yard and we saw the following while we were there: 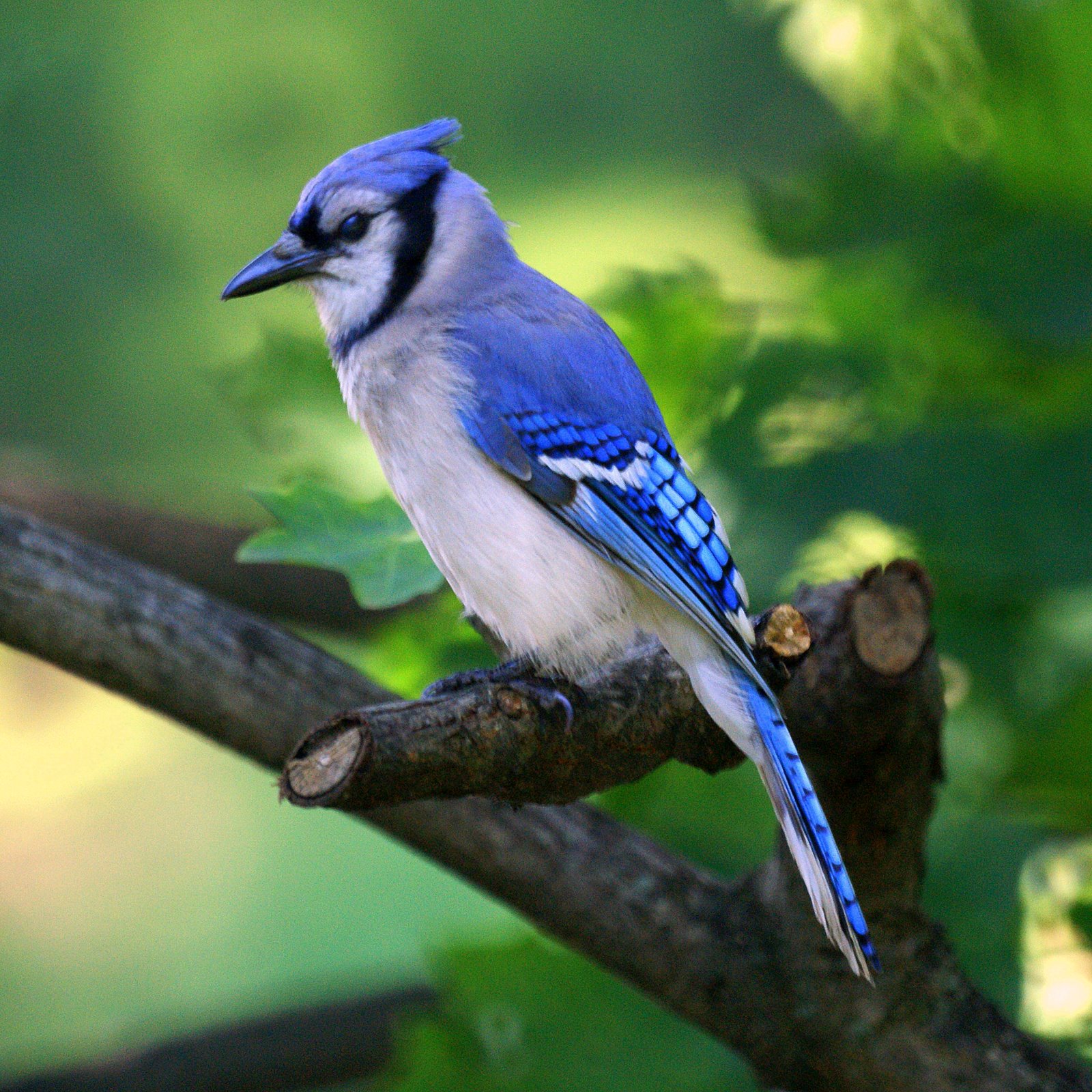 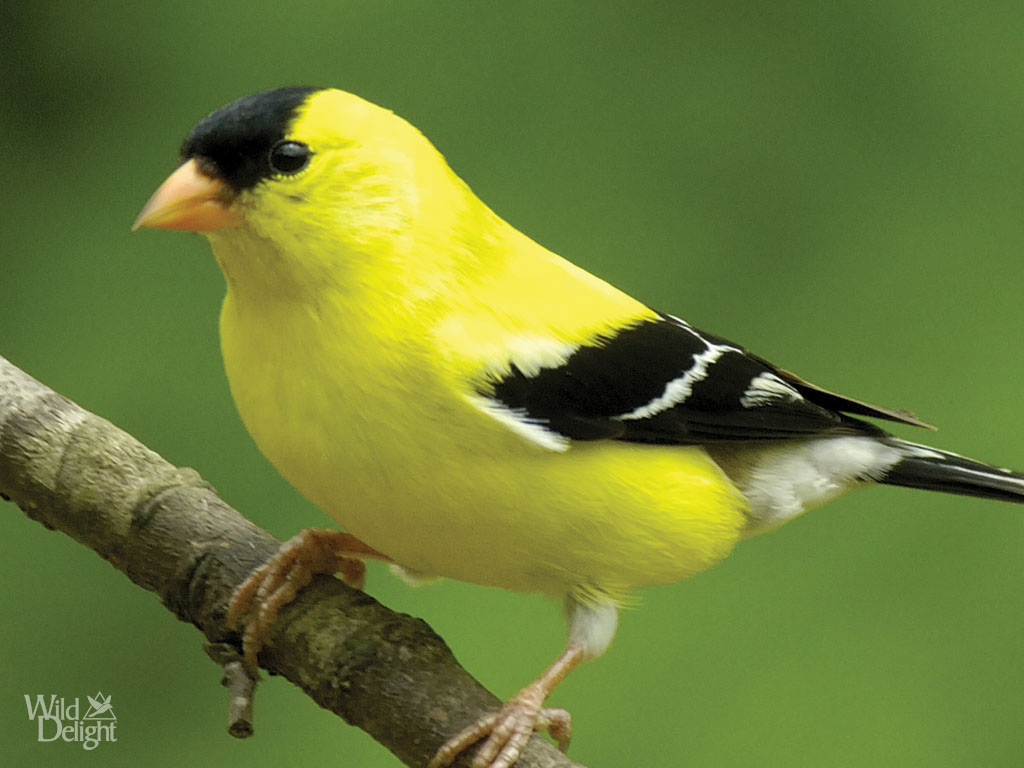 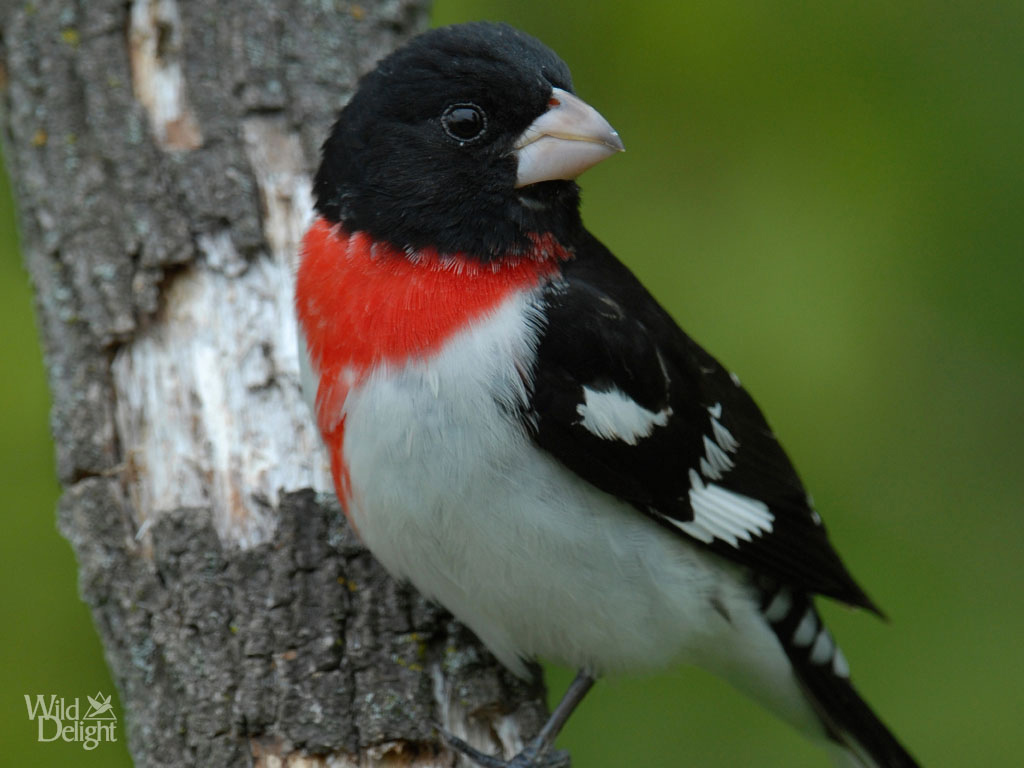 House Wrens (they didn't eat at the feeder, as they catch bugs mostly, but there were two nests of them in our nest-boxes in the yard. They are teeny and adorable.) 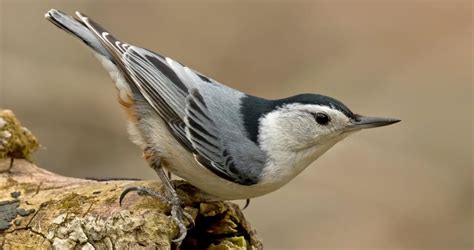 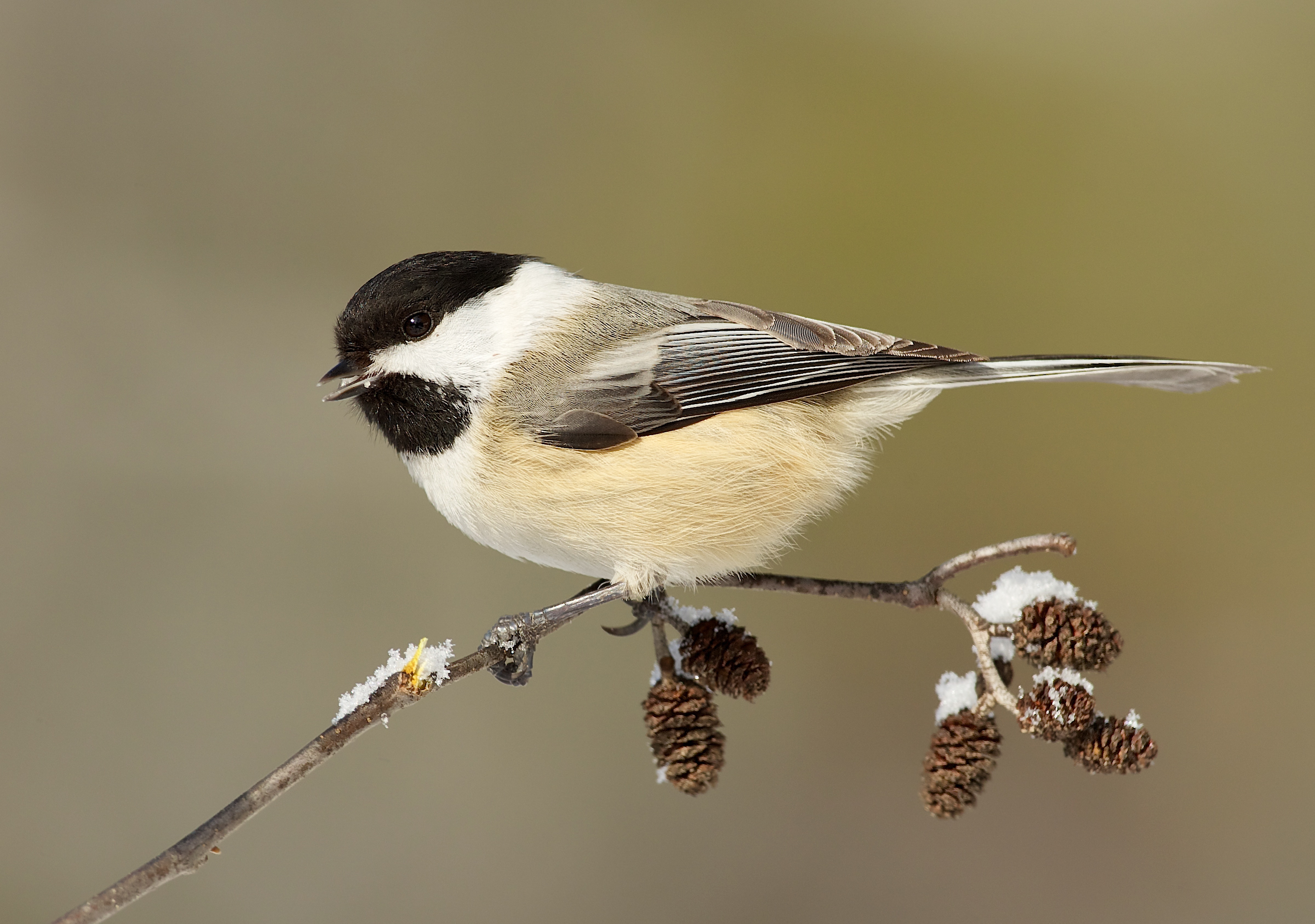 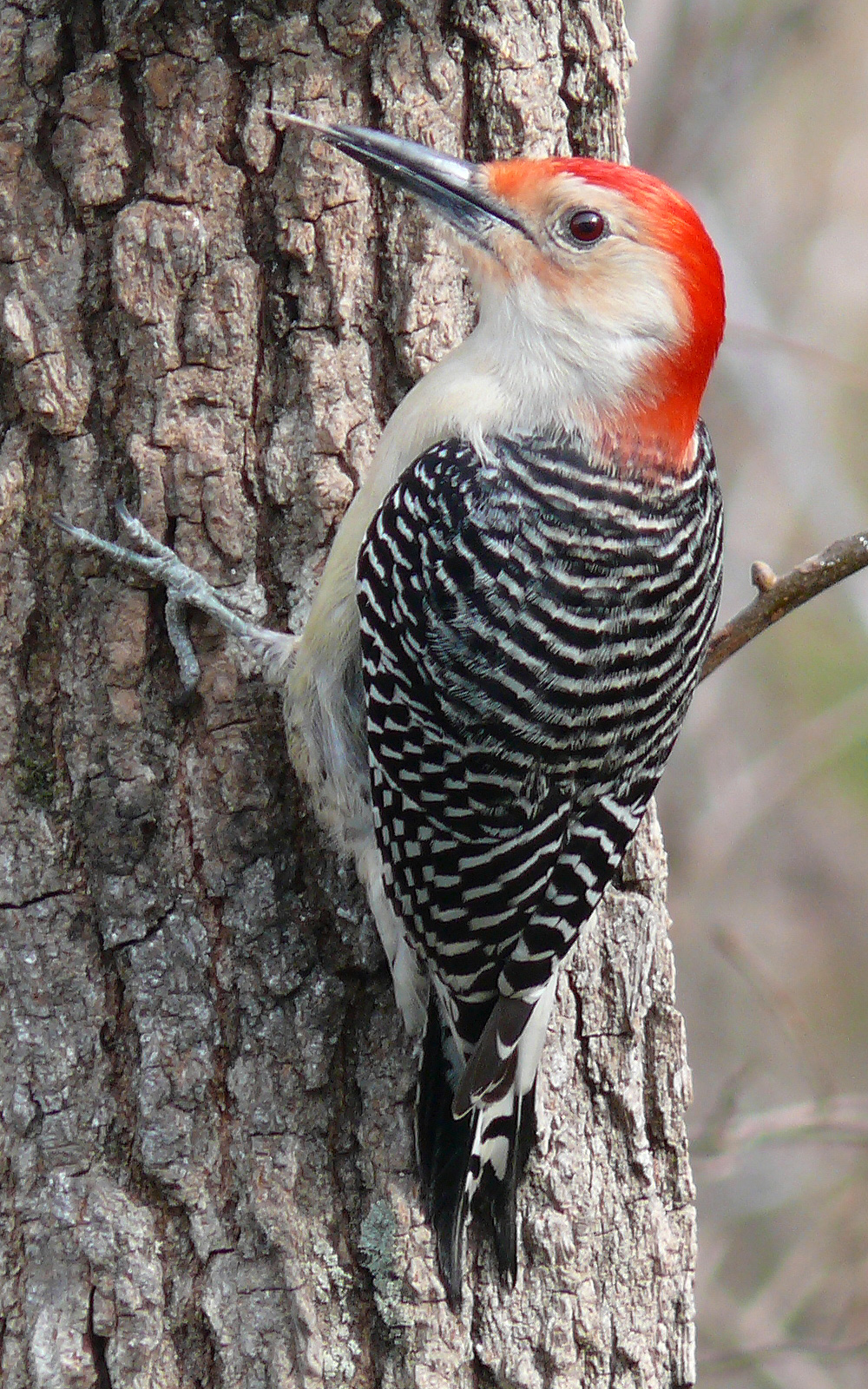 American Robins (on the lawn anyway, they don't eat the seed we put out) 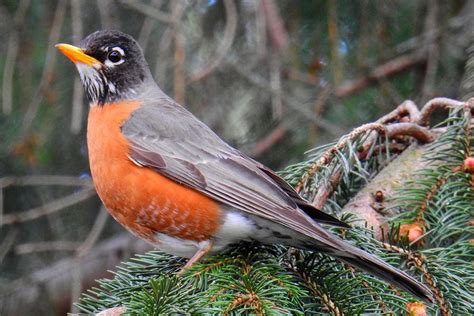 My girlfriend and I also saw a Scarlet Tanager while we were walking through the Effigy Mounds National Monument in Iowa (it's a park of burial/ceremonial mounds built by the... well the mound-building people of the area something like 1500 years ago.) It's a brilliantly coloured bird. 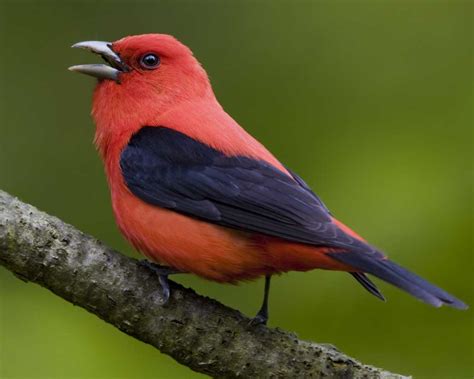 Various other birds too, there's lots of birds around there. Pheasants, Bald Eagles, some kind of vulture, Red-tailed Hawks, some kind of swan I think, Mallards, my mom saw an Indigo Bunting while she was out driving one day: 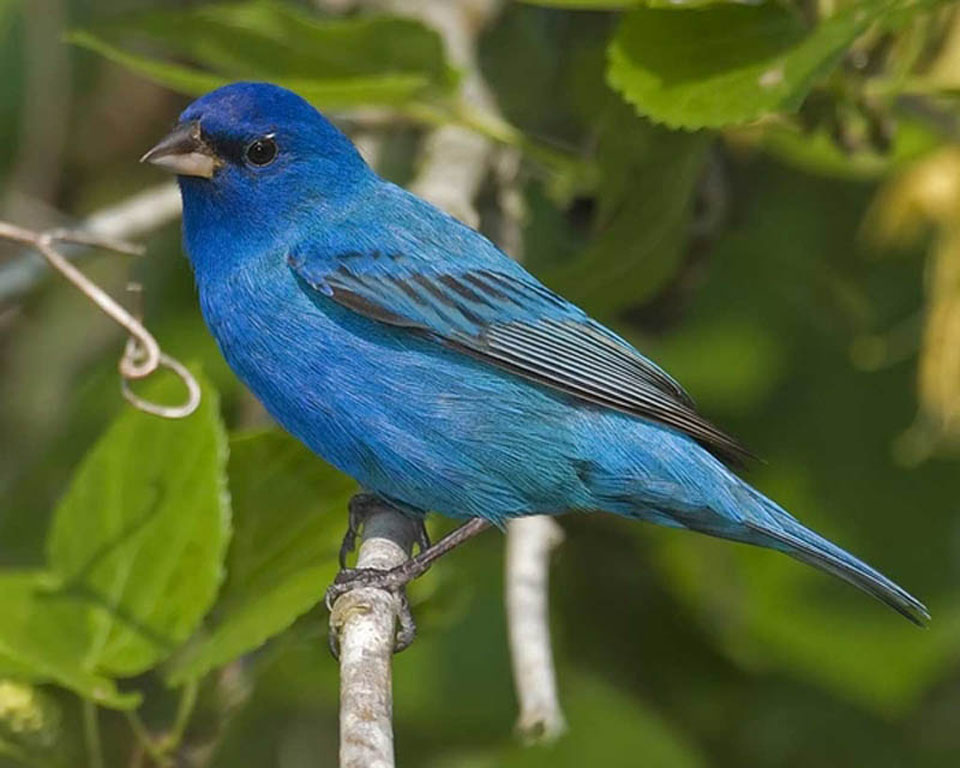 And oh my goodness what a year for the chipmunks, they were everywhere! In our yard, in the woods on our hikes. You can hear their call from a distance. https://www.soundsnap.com/efx_ext_chipmunk_chirp_01_b_eastern_chipmunk_wav

They have a particular way of holding their tails when they run, pretty adorable. 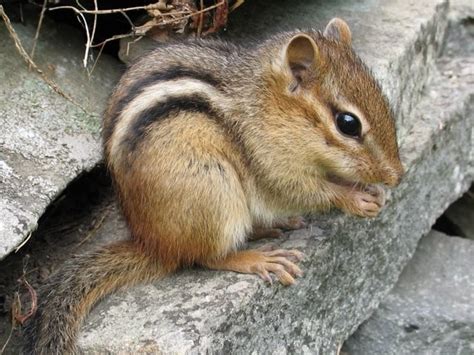 What gorgeous birds they all are !! I dont blame you turning off your phone, its nice to get away from the real world for 5 mins. Really lovely pics !
_________________
"All we have to decide is what to do with the time that is given to us. It's the job that's never started as takes longest to finish.”
"There are far, far, better things ahead than any we can leave behind"
If you always do what you have always done, you will always get what you always got

Similar topics
» Christmas Wishes & Holiday.
» How to make a dreamcatcher
» What we did on our holidays (or, If it's Thursday, it must be Slovakia!)
» September Holidays Tournament at Thousand Taste (11/9/09)
» Simplysailormoon's Holidays Giveaways